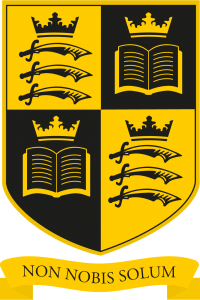 The focus of English at Key Stage 4 is to ensure that all students reach their potential and make the required levels of progress. It is vital that students succeed in English GCSE in order to have as many options as possible available to them at post 16.

KS4 English Resources
Back to English

At the start of Year 9, students are moved to a more rigorous setting system where sets one and two are the most able groups and, set three are the second most able group. This continues down to set six which is smaller group for the students that find English more difficult.  This setting structure continues throughout years 10 and 11. It is possible to be moved between sets based on student assessment performance.

For English Language, all students will study a range of fiction and non-fiction extracts.  They will be expected to read texts from the 19th Century to the 21st Century.  They will also be expected to write in different styles including descriptive and argumentative writing.

For English Literature, all students will study the following texts:

During the year students in Years 9, 10 and 11 students will complete two core tasks for each unit and one graded assessment at the end of half term. For their end of term assessment, they will receive a personalised learning checklist with their strengths and weaknesses. Students will be provided with materials to help them to address any areas of English that they find difficult. Once they receive their feedback it is expected that they will independently make improvements or redrafts in green pen based on this feedback.

Official GCSE grades will be determined by four exams which they will sit at the end of Year 11.  There is no coursework.

English at GCSE follows the AQA Specification A. An overview of both courses can be seen in the tables below:

For English Language you will be assessed through:

For English Literature you will be assessed through: